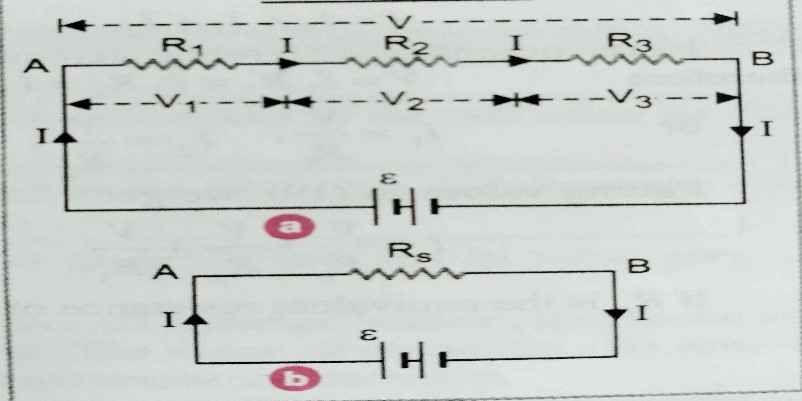 Let , three resistors  of resistance R1, R2,and R3 are connected in series with external source E as shown in figure (a) . Let  I be the current flowing through the each resistors , their respective potential differences are V1, V2 and  V3 .

Let, RS is the equivalent resistance of the combination as shown in figure (b) , 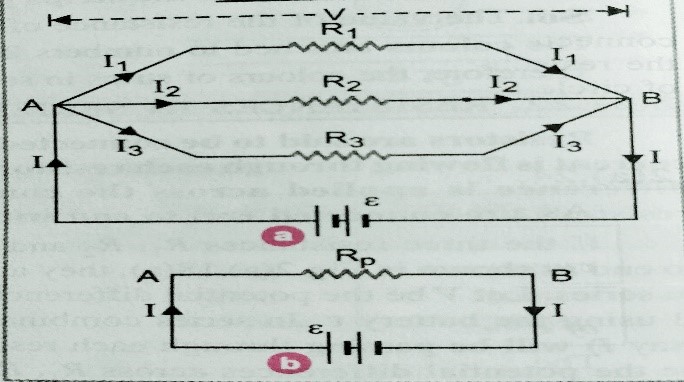 Let three resistors of resistance R1 , R2 and R3 are connected in parallel as shown in figure (a) with external source . let V be the potential difference of the end A and B . I1, I2 and  I3 are the currents flowing through the resistors .

Let, Rp is the equivalent resistance of the combination as shown in figure (b)

1,516 replies on “Combination of resistances”

I love looking through a post that can make people think. Also, many thanks for permitting me to comment!

I just want to mention I am just new to blogging and really savored this web blog. More than likely I’m going to bookmark your website . You actually come with impressive posts. Thanks a bunch for sharing with us your web page.

sildenafil 20 mg without a prescription