Before to know this topic students must read the following topics.

i. Kirchhoff’s rule , To get the notes of this topic click here-

ii. Wheatstone bridge , To get the notes of this topic click here-

It is a device used to find the value of unknown resistance . It works on the principle of wheat-stone bridge . 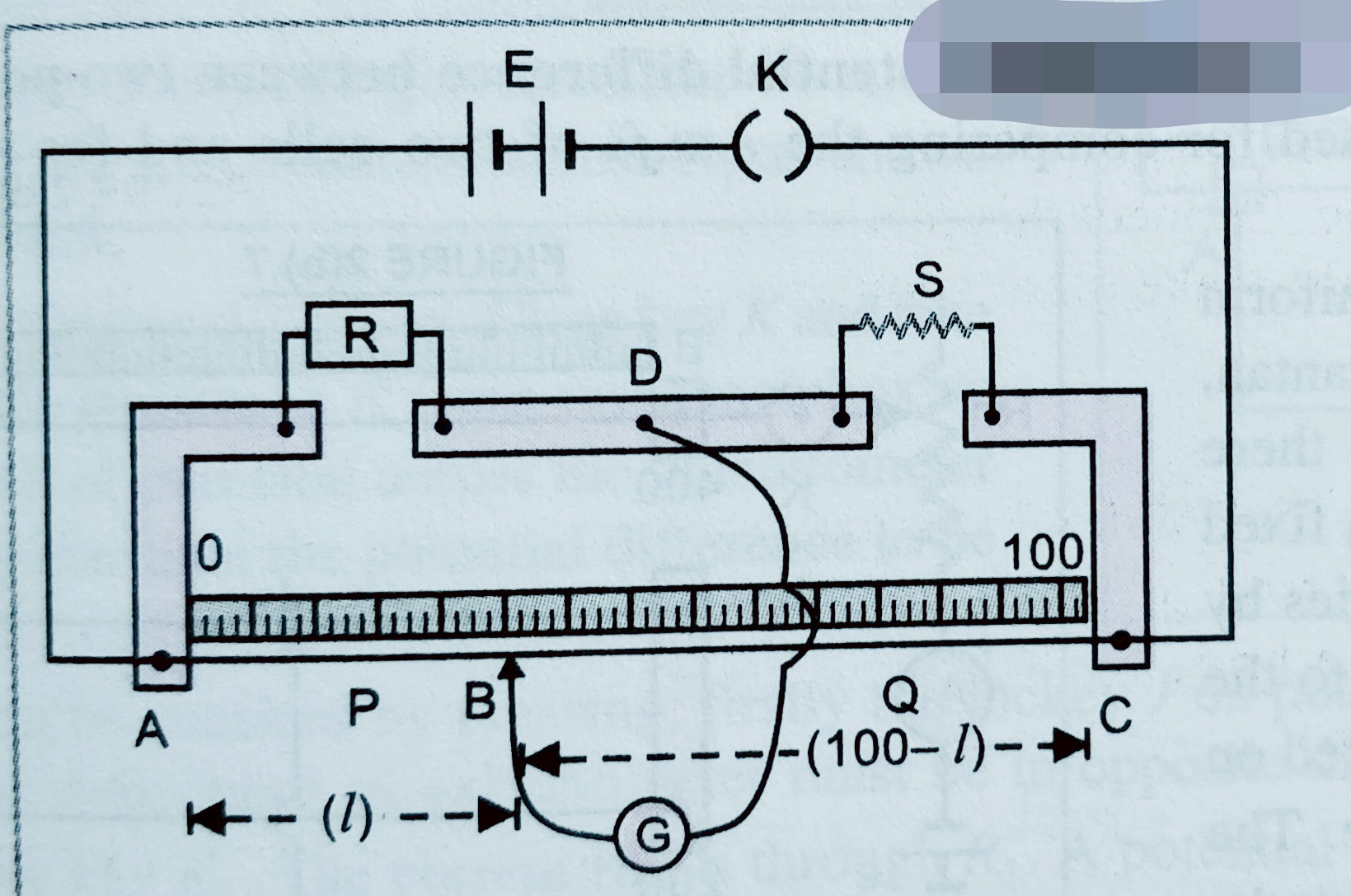 When switch ‘k’ is on , we start sliding the jockey from A to c , we notice there is a point where galvanometer shows no deflection ( known as null point) . Let this point is at B , let  AB = l

(a) The resistance of the copper strip and connecting wire is not taken in account .

Processes to remove the end error –

By changing the ‘R’ with ‘S’ and ‘S’ with ‘R’ and repeating the experiment . The average value of S determined earlier and now is free from end error .

*** NOTES-  1. Null point ( where galvanometer shows no deflection) should be at the middle of the bridge wire . Because it becomes more sensitive when all four resistances are nearly same.

I just want to mention I am new to blogging and honestly enjoyed you’re web-site. Likely I’m planning to bookmark your blog post . You surely have good stories. Kudos for revealing your blog.