In this topic we will discuss about Magnetic field of earth. And also cause of earth’s magnetism, and magnetic and geographic axis and meridian.

In 1600 Sir William Gilbert first suggested that earth behaves like a magnet , it is huge magnet itself. The following evidence explain it-

2.When  we put a soft iron piece under the surface of earth in the north south direction, then it acquire the properties of magnet after some time .

Cause of earth magnetism –

Some important postulates are given below , but exact cause is still unknown-

4.Since earth core is very hot and molten which circulates the ions of Iron, Nickel in the highly conducting liquid region of the earth’s core might be forming current loops and producing earth’s magnetic field. 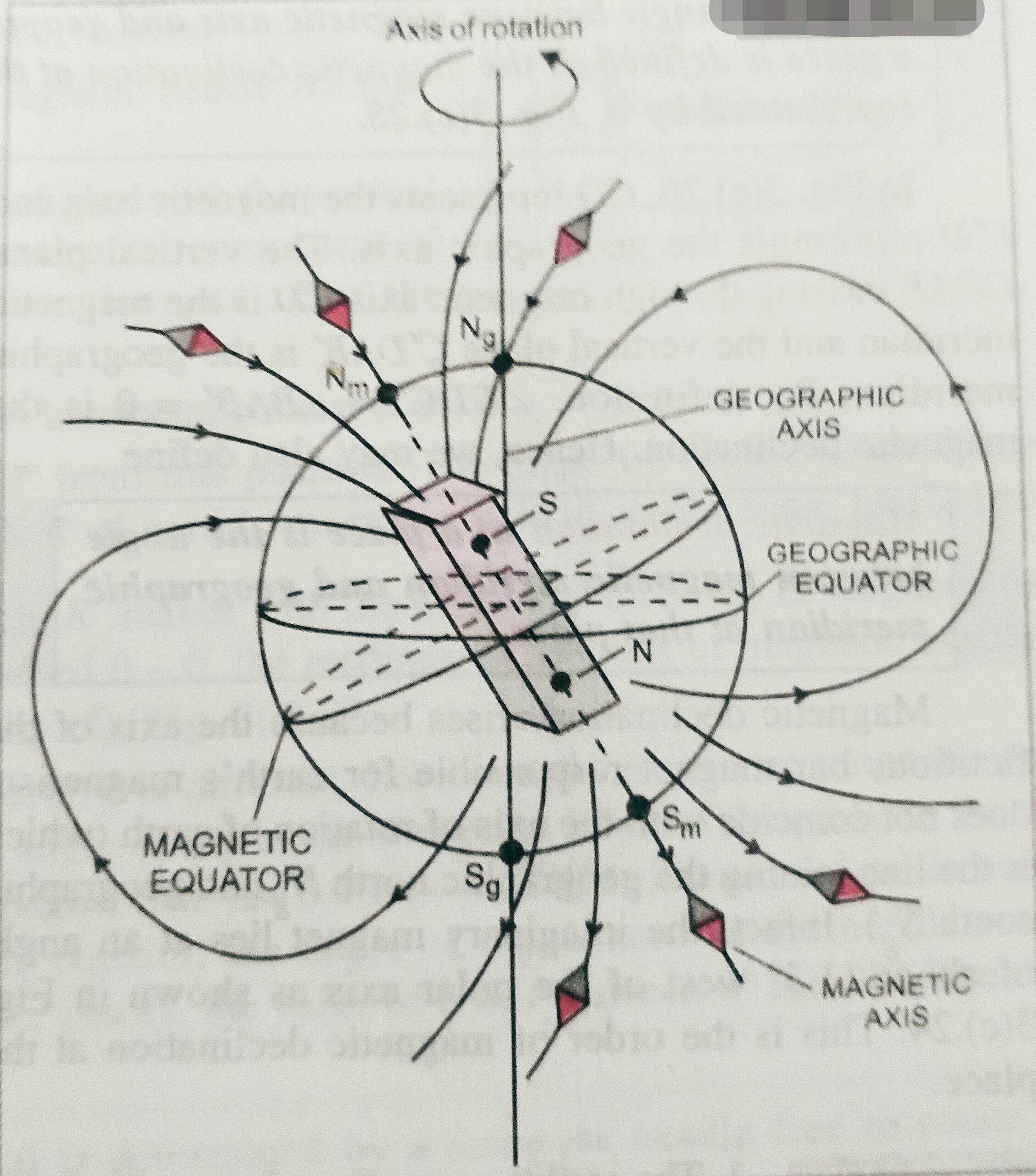 Important topic with Magnetic field of earth, is given below-

The very large circle on the earth perpendicular to the magnetic axis is called magnetic equator.

Next topic magnetic elements of earth-

To get the notes on magnetic elements of earth click here-