Before to know about Wheatstone bridge , students must read these topics first-

i. Kirchhoff’s rule , to get the notes on this topic click here-

ii. Ohm’s law, to get the notes on this topic click here-

iii. Emf of the cells, To get the notes on this topic click here-

It is an arrangement in which four resistances are arranged in the form of a bridge which is used for measuring one unknown resistance in terms of other three resistances .

Wheatstone bridge principle – It’s principle states that when four resistances P,Q,R and S are connected with a galvanometer and a cell in the form of bridge as shown in figure , the bridge is said to be balanced when there is no deflection shown by the galvanometer for this condition P/Q = R/S . 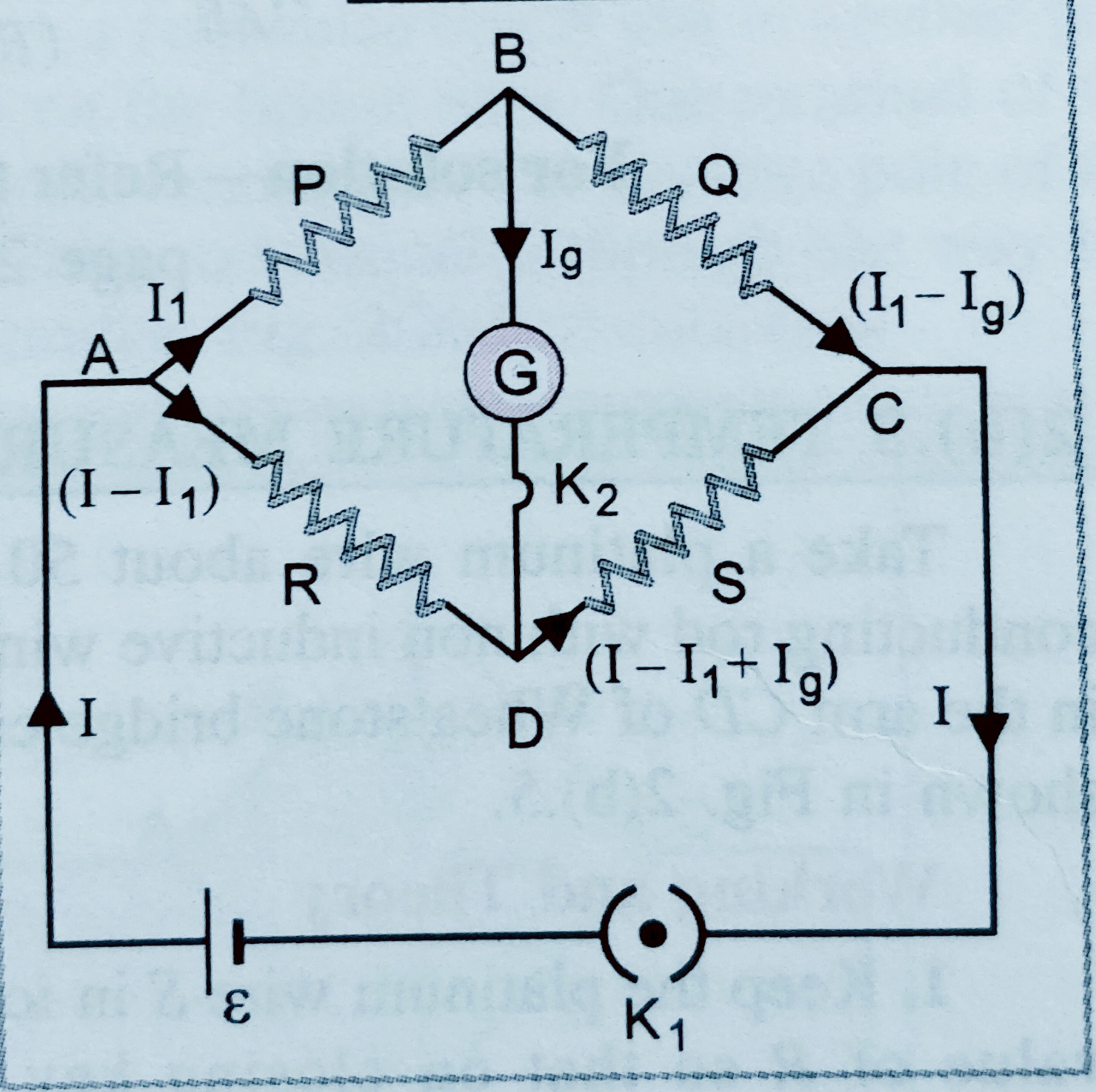 As shown in figure I is the current flowing through the cell , when it reaches to point A it divided in two parts I1 towards AB and ( I-I1 ) towards AD . Again when I1 reaches to B then current Ig flows through galvanometer and ( I1-Ig) towards C and current I-I1+Ig towards DC .

Now applying Kirchhoff’s loop law in loop ABDA we get,

If galvanometer shows no deflection i.e. Ig=0 then eq (ii) may be written as

(1) Wheat-stone bridge is a null method , hence the measurement of unknown resistance is very accurate.

(2) Wheat-stone bridge remain unaffected by the internal resistance of the cell and galvanometer.

(3) it is not used to measure very high or very low resistances .

(4) It becomes very sensitive when  resistance of all four arms are nearly same .

Like!! I blog frequently and I really thank you for your content. The article has truly peaked my interest.

Hi there, after reading this amazing paragraph i am as well delighted to share my knowledge here with friends.